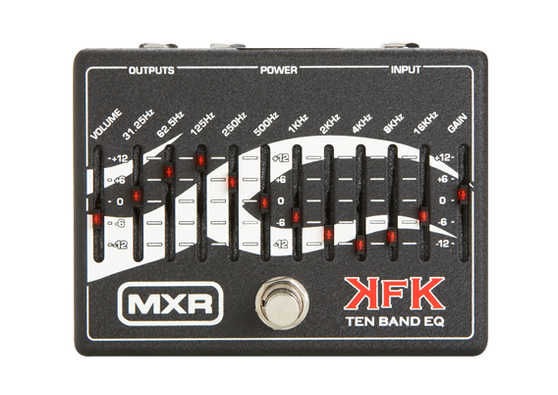 If MXR's M108 10-Band EQ isn't heavy enough for you, check out its evil twin, the Kerry King 10-Band. Designed in conjunction with the legendary Slayer guitarist, this beastly, tattoo-covered pedal sports the same great features and hard core construction as the M108, but the King can punish two amps at once thanks to its dual outputs. Use it as a boost for solos or to create thrashapproved, scooped-mid rhythm tones. Create raging sustain and feedback while getting more thunderous low-end out of your rig than you ever thought possible. The Kerry King 10-Band EQ: Use with caution. And don't say we didn't warn you.

Micro Amp Adds a preset amount of gain with a single control. Boost your signal for lead work. …